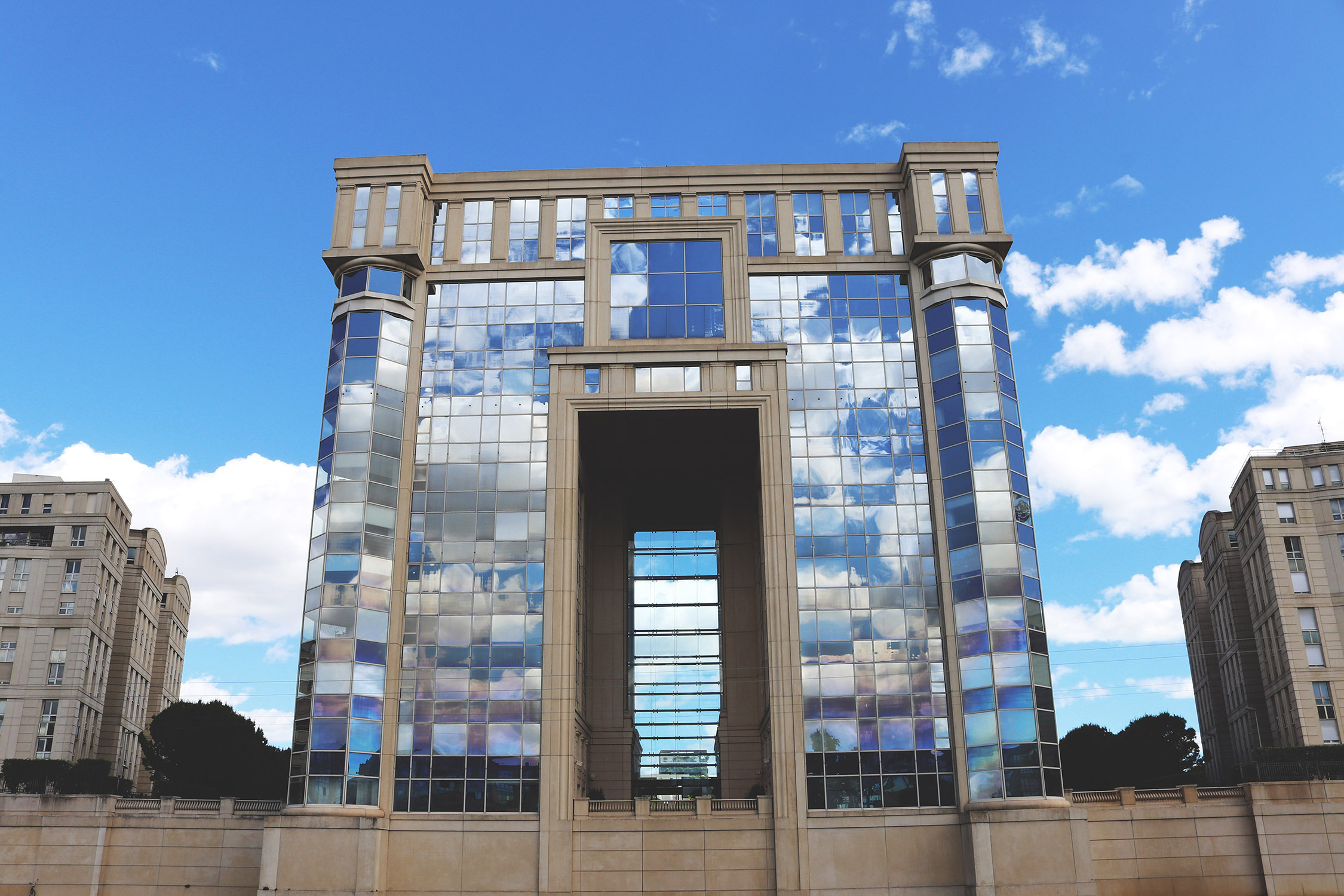 T he final destination on the list during my trip to France was the city of Montpellier. Since we were staying quite close to the city, it seemed a bit silly to not go there at all. I had been once before during a month long camping trip my friend and I had been on when we were teenagers – and for those that don’t believe it, yes, I stayed in a tent, and I have proof!

We didn’t want to spend a full day in the city, it was far too hot for that, so we spent most of the morning lounging around on the beach getting a bit of sun. It was without a doubt the hottest day of the trip so far, so hot in fact that we didn’t last more than a few hours on the beach before admitting defeat and heading back to the villa.

A quick spot of lunch and an outfit change later, we were on the tram heading into the city. It didn’t really take us long, only about half an hour or so before we arrived at our stop.

I was trying to remember what the city was like, it had been so long since I had been and I couldn’t remember much. The main thing that I remember was the shopping centre, where I’m pretty sure I spent most of the day. Some things never change.

We got off the tram at a stop called Moularès, kind of on the south outskirts of the city. Tony had been to Montpellier a number of times, so he was the tour guide for the day. He took us here to see the Hôtel de Ville de Montpellier, which was the City or Town hall.

It was a really bizarre looking building. I’ve been to French cities before, Toulouse, Paris, so for some reason I was expecting something similar to that, but I had never seen a building in France quite like this one.

It looked a bit like a spaceship, so modern in its appearance it almost didn’t fit in. There didn’t really seem to be much around the building, it was kind of on its own which made it stand out even more.

The whole exterior looked like it was made up of these grated metal panels a bit like wooden pallets, so you could kind of see through them. They gave the whole building a very weird futuristic appearance, someone definitely went overboard on the texture features when this was designed!

All down the side, hatches in the metal grates opened outwards to reveal windows. Every time I looked up I kept thinking how much it reminded me of a ship or spacecraft from a film or something. I guess the design of the whole thing was maybe to minimise the heat from the sun whilst still allowing sufficient light to enter the windows. No idea if it worked or not.

The exterior walls of the center of the square were completely different to the other side. Smooth, metallic, reflective. They literally couldn’t be more contrasting. They too had their own unique design. I think the only way I can describe it is like pixelated camouflage. Like you’d see in the graphics of a Play Station 1 game. Blocks of all different shapes, sizes and monotone colours slotted together like someone was playing a giant game of Tetris. 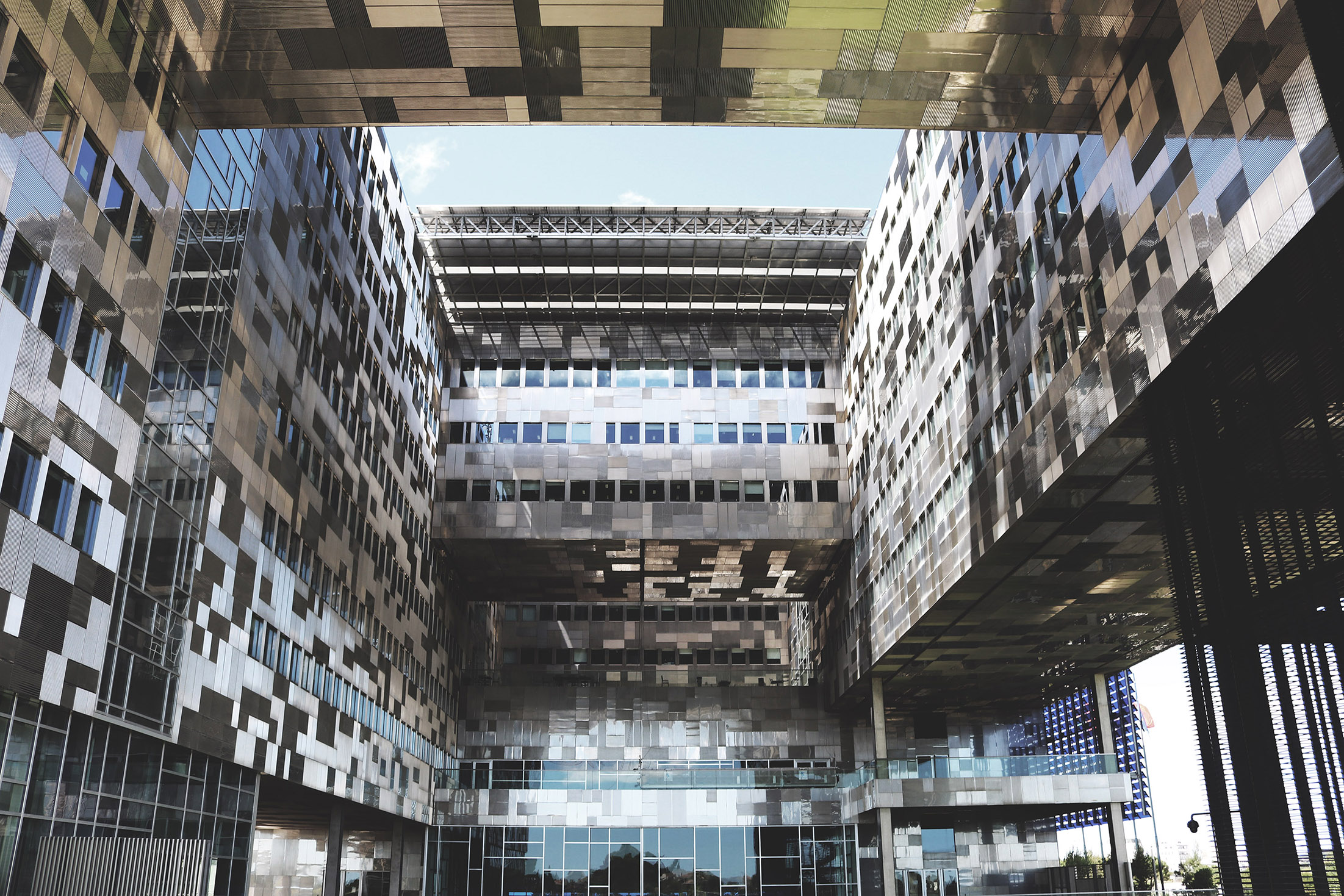 The reflective nature of the surface caused the sunlight to bounce around the walls lighting them up in different places and on the different colours. It also reflected some of the colours from the courtyard below, so in places, the wall had a green tint to from the bushes and grass, just adding another dimension of strange to the whole picture.

We left the town hall, and walked down the river heading north. All along the way, structures were being put into place in preparation for a BMX championship. There wasn’t really much to photograph along the way, it was all mostly just scaffolding. Kind of annoying really, the event was being held a week after we left. It would have been so cool to have seen it all in action, and it definitely would have been great to photograph!

We carried on along the river until we reached another impressive building on the opposite bank. Turns out this one was a council building. Again, it looked quite out of place.

The majority of the exterior was made up of glass panels, slotted into place amongst yellow stone walls. It looked remarkably like a modernised castle. Kind of a square shape with rounded outcropped corners like towers. The windows at the top of the towers were much longer and thinner which made them look like Arrowslits. These windows were also present all along the top of the structure, which gave the impression of turrets lining the top of the wall, just like you would see at the top of a castle.

I had to stop and get a photo or two done, the way the sky was reflecting off the windows was so beautiful. They were a perfect contrast to the yellow stone walls, it was really quite spectacular.

From there, we headed up into Place de l’Europe, a beautiful grassy area enclosed on one side within a semicircle of tall yellow stone buildings. These buildings were very similar to the council building directly opposite on the other side of the river. Walls from top to bottom made of glimmering windows, reflecting the blue sky, broken into strips by stone pillars set back into the rest of the building.

Unfortunately, the BMX course seemed to stretch even this far, so the whole area was scattered with building works, scaffolding, ramps and half pipes, so there was no chance to get any good photos of the area as a whole.

I tried to get as close to the buildings as possible to photograph the curvature, but it was extremely difficult to get a good photo with that effect and not get in any of the fencing or building work.

After we left Place de l’Europe we went further into the city towards the Gallerie Lafayette, where we found a nice bar to have a sit down and a nice cold glass of something. Cough…..wine…..cough.

We didn’t stay too much longer in the city after that before heading back towards the villa to enjoy a beautiful sunset and chilled bottle of wine on the beach to celebrate the light night of the trip. And what a trip it was! 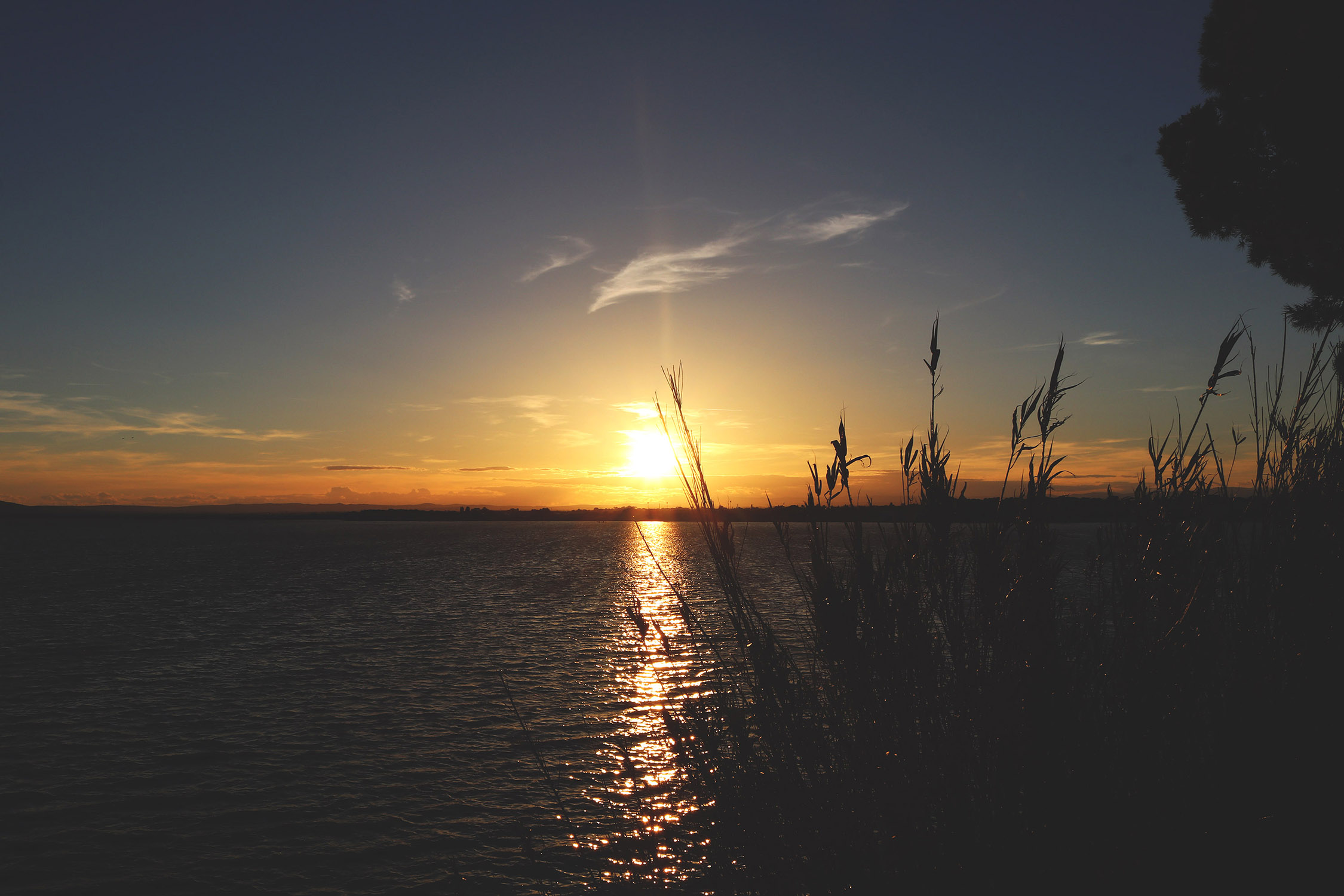 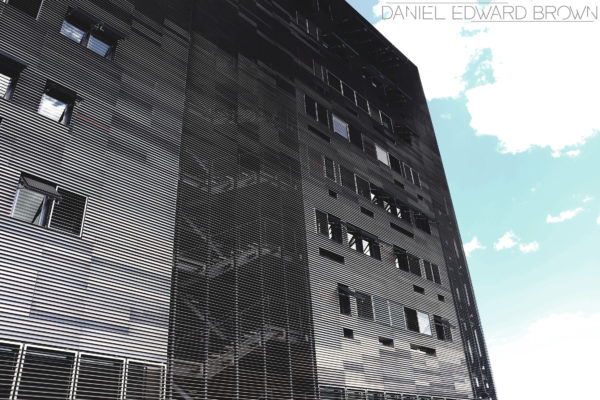 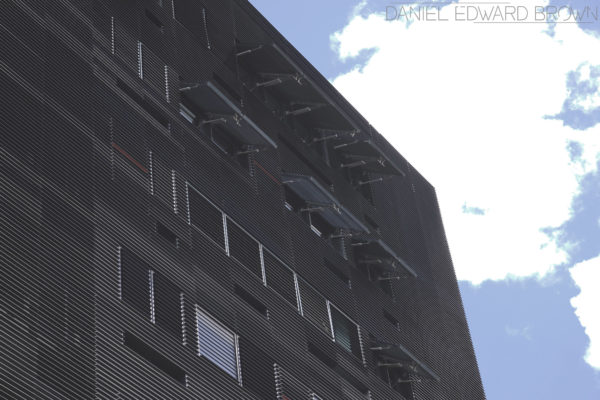 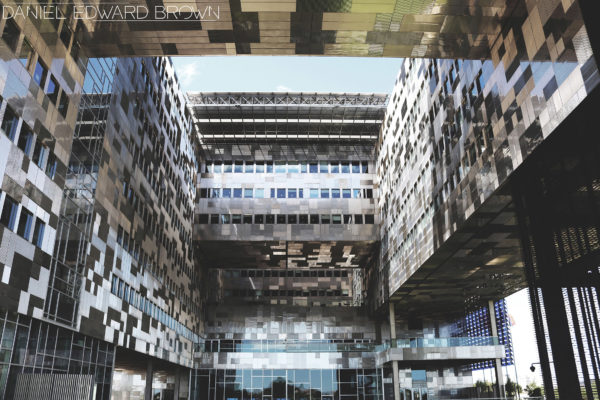 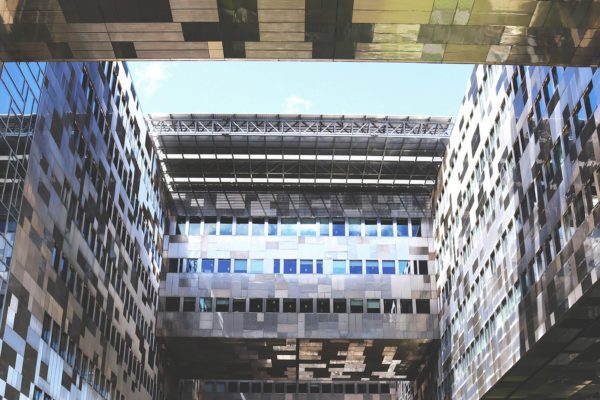 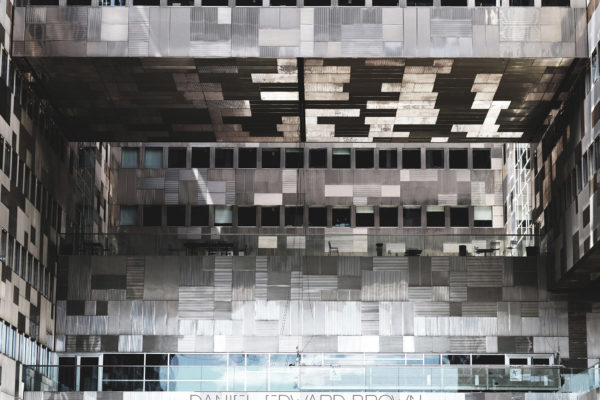 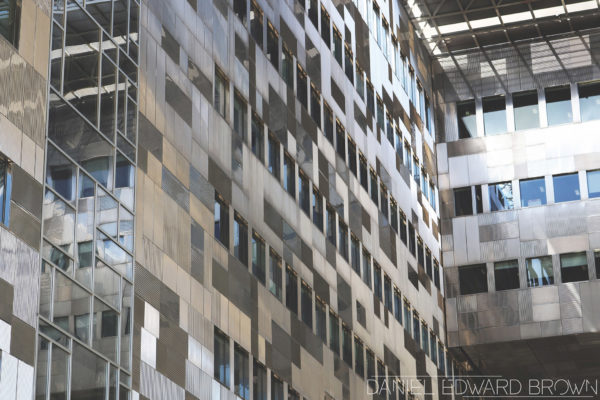 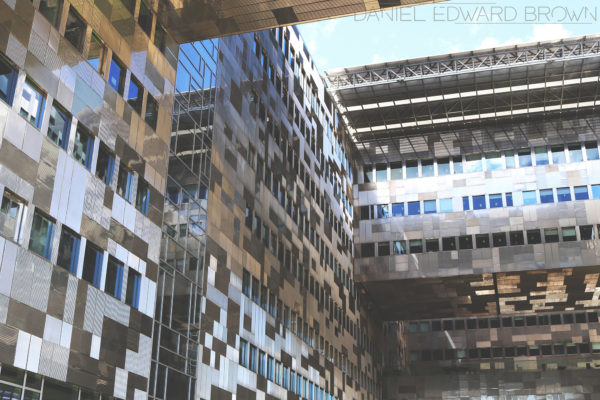 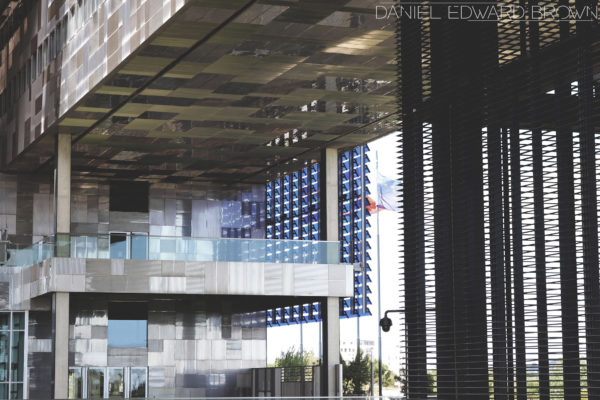 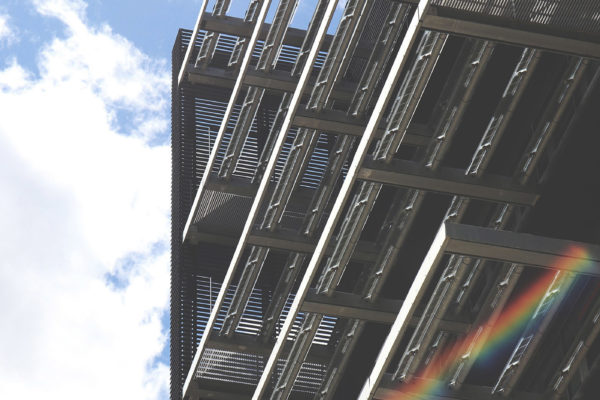 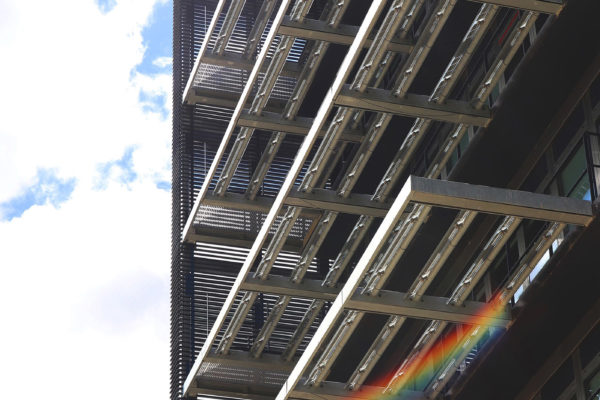 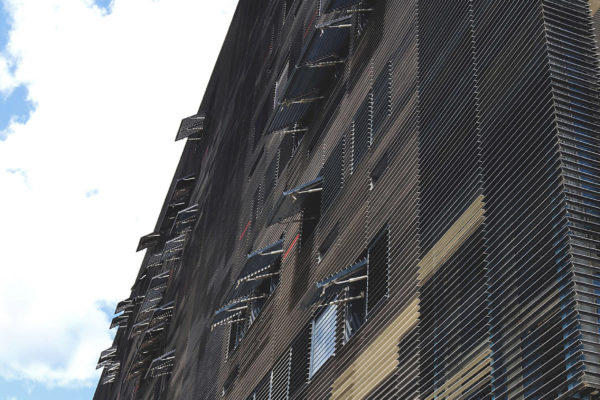 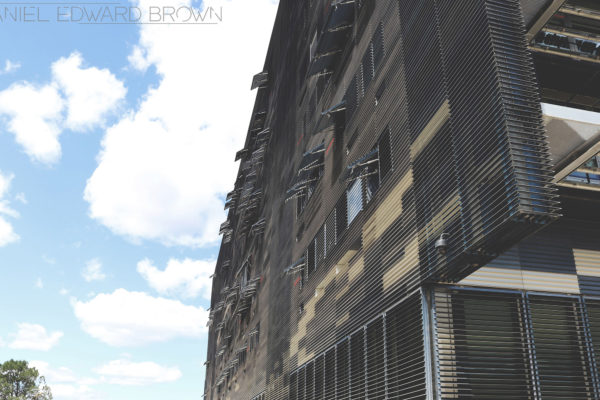 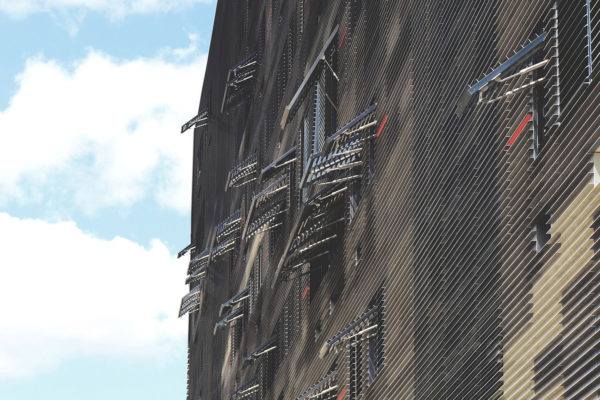 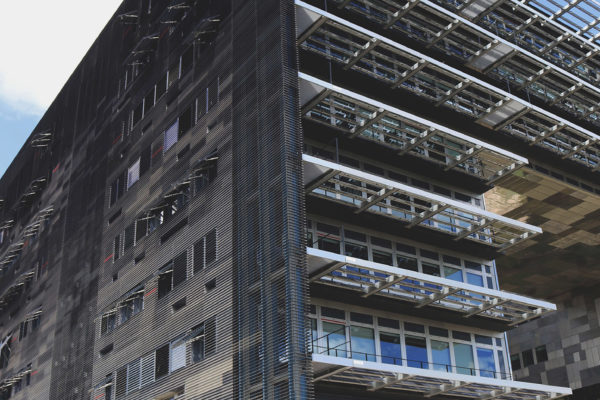 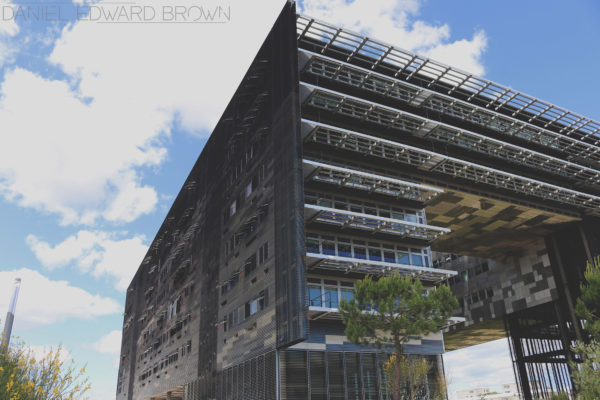 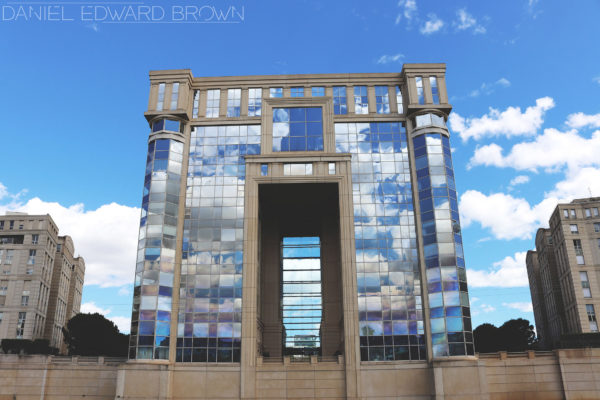 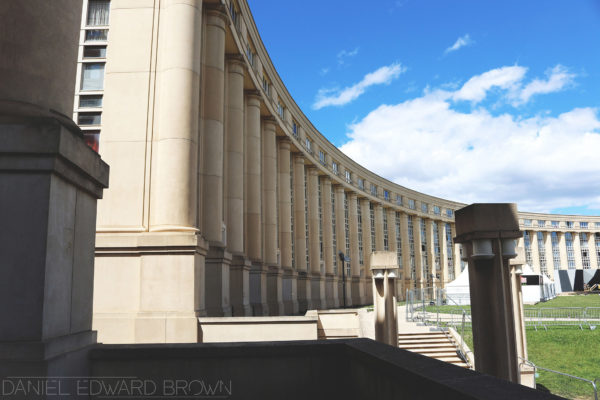 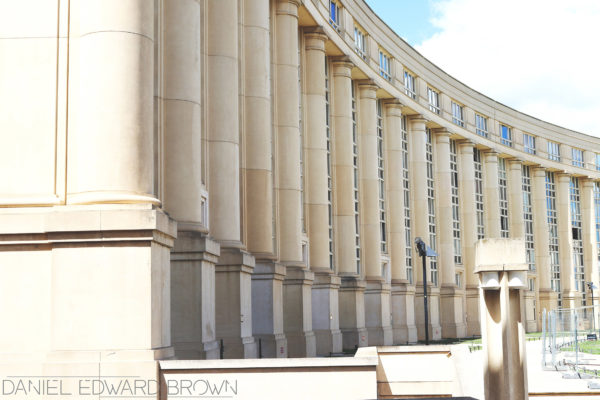 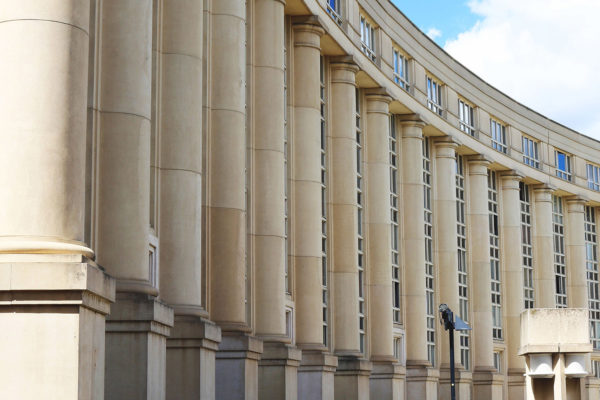 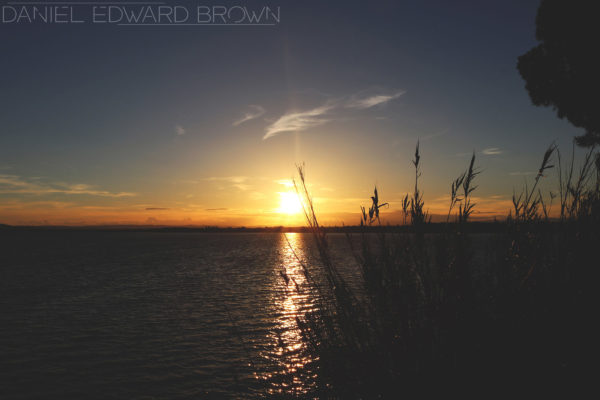 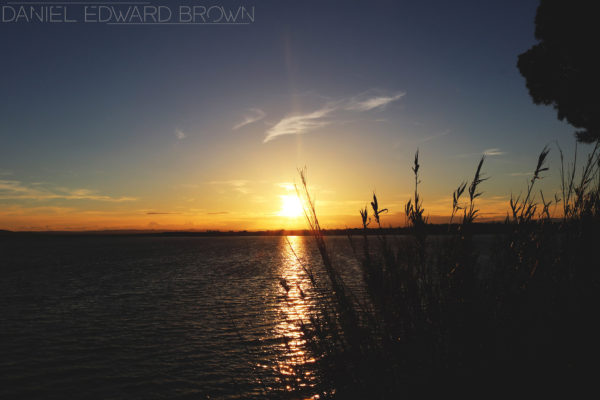